85 Queen: An Evening with Ali Hassan 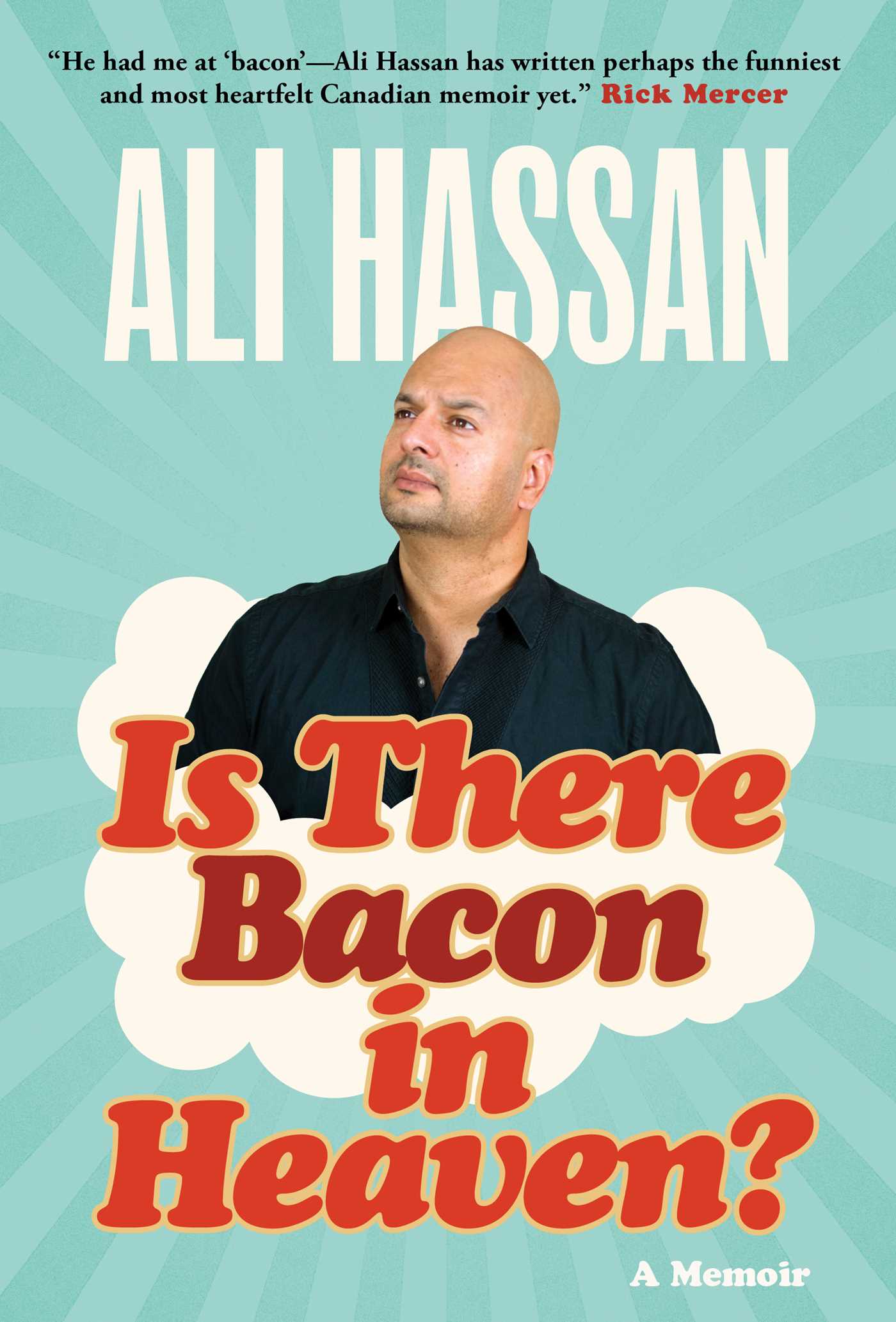 This is a FREE event. Registration is required - please register here
In conversation with CBC KW's Craig Norris.
Author and Comedian Ali Hassan visits Kitchener Public Library to discuss his debut memoir Is There Bacon in Heaven?
For fans of Russell Peters, Trevor Noah, and Mark Critch comes a hilarious debut memoir about family, pursuing our passions, and figuring out who we are, by stand-up comedian and popular CBC host, Ali Hassan.Growing up, Ali Hassan was a chameleon. His friends came from many different backgrounds and religions—Trinidadian, Parsi, Goan, Hindu, Christian, Sikh. And as a hockey-playing, Crock-Pot–using young man who also knew the words to at least ten Blue Rodeo songs, he could blend in everywhere. But the world has a funny way of reminding you who you are, and Hassan’s Muslim Pakistani family and community did, too.In this heartfelt and funny memoir, based on his hit stand-up comedy, Hassan shares his lifelong journey to becoming a “cultural Muslim”—learning to walk the line of embracing his heritage while following his passions and being true to himself. From failing to learn Arabic—or much of anything—in Sunday school and visiting family in Pakistan who mocked him relentlessly, to discovering the wonders of pepperoni as a teenager and being a celebrity judge at Ribfest, he finds himself in compromising situations that challenge his beliefs and identity.Now, as a father of four, he has to answer his children’s questions and try to explain his point of view. But he can’t just “give them” an identity as a cultural Muslim. Sharing his story is the next best thing.With the perfect blend of humour and insight, Is There Bacon in Heaven? explores the deep need to belong that exists in everyone.
About the Author
Ali Hassan is a stand-up comedian, actor, and professional chef. He is the host of CBC’s Canada Reads as well as Laugh Out Loud. He is also a frequent guest host of q, CBC’s premier national arts and entertainment show. His comedy has been performed at the Just For Laughs Festival in Montreal and Toronto’s JFL42. He is a Canadian Comedy Awards nominee, and his solo show, Muslim, Interrupted, was performed at the world’s largest comedy festival, the Edinburgh Fringe Festival. He has appeared in three award-winning films, Breakaway, French Immersion, and as the memorable Lebanese Uncle Stevie in the hockey hit Goon, in addition to other film and TV roles, most recently CBC’s Run the Burbs. He lives in Toronto, Ontario, with his family. Follow him on Twitter @StandUpAli and find him at StandUpAli.com.