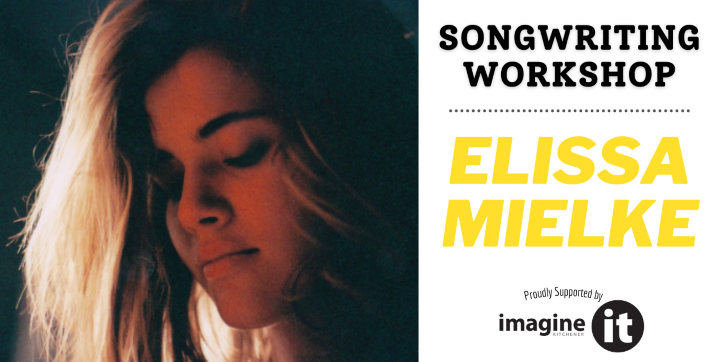 This is a FREE online workshop. Capacity is limited.
Please register here
Have you always wanted to write an original song, but don’t know where to start? Join singer, songwriter, and composer Elissa Mielke for a songwriting workshop that explores the principles, rituals, disciplines, and creatively intuitive approaches to songwriting so you can craft a song that truly speaks to your ideas and emotions. Elissa shares her thoughtful and personal take on the creative process, the basics of songwriting, the music industry, and how to get inspired.
Everyone is welcome!
Everyone is welcome!
Bio
Elissa Mielke (pronounced Meek-eh) is a singer, songwriter, composer, and multi-instrumentalist from Dundas, Ontario. This year her first EP release received acclaim from Pitchfork and Rolling Stone, and over the past decade her songs have been featured in TV shows, movies, university curriculums, Swedish cereal commercials, children's game shows, and played in all sorts of other weird places.
Growing up in a religious community where she struggled to reconcile her own secular music with the expectation of a religious context, she grew up as a classically trained pianist and vocalist who began playing her own compositions at dive bars in local strip malls in her early teens.
Without exposure to popular music, television, or movies, she spent time in the forest where she lived, making up songs on a tape recorder her Dad had given her. At a young age Elissa would practice by taking church hymns and transforming them into songs that were relevant to her life. She moved to Toronto to pursue a Journalism degree and played in punk bands and moonlit as a trombone player. She also started a modeling career to fund recording her music, moving to Tokyo, New York, and then London and appearing in various campaigns, music videos, and on billboards all over the world. Through it all, her songs were her focus and her first love. Elissa describes her music as “personal anthems for reclaiming your life and your voice as your own.”  Elissa pulls inspiration from artists like Tori Amos, Kate Bush, Joni Mitchell, Carole King, Bill Withers, Ani DiFranco, Tracey Chapman, Fiona Apple, Lucinda Williams, Leonard Cohen, and Bonnie Raitt.
This Songwriting Workshop is made possible thanks to the support of City of Kitchener's ImagineIt fund.