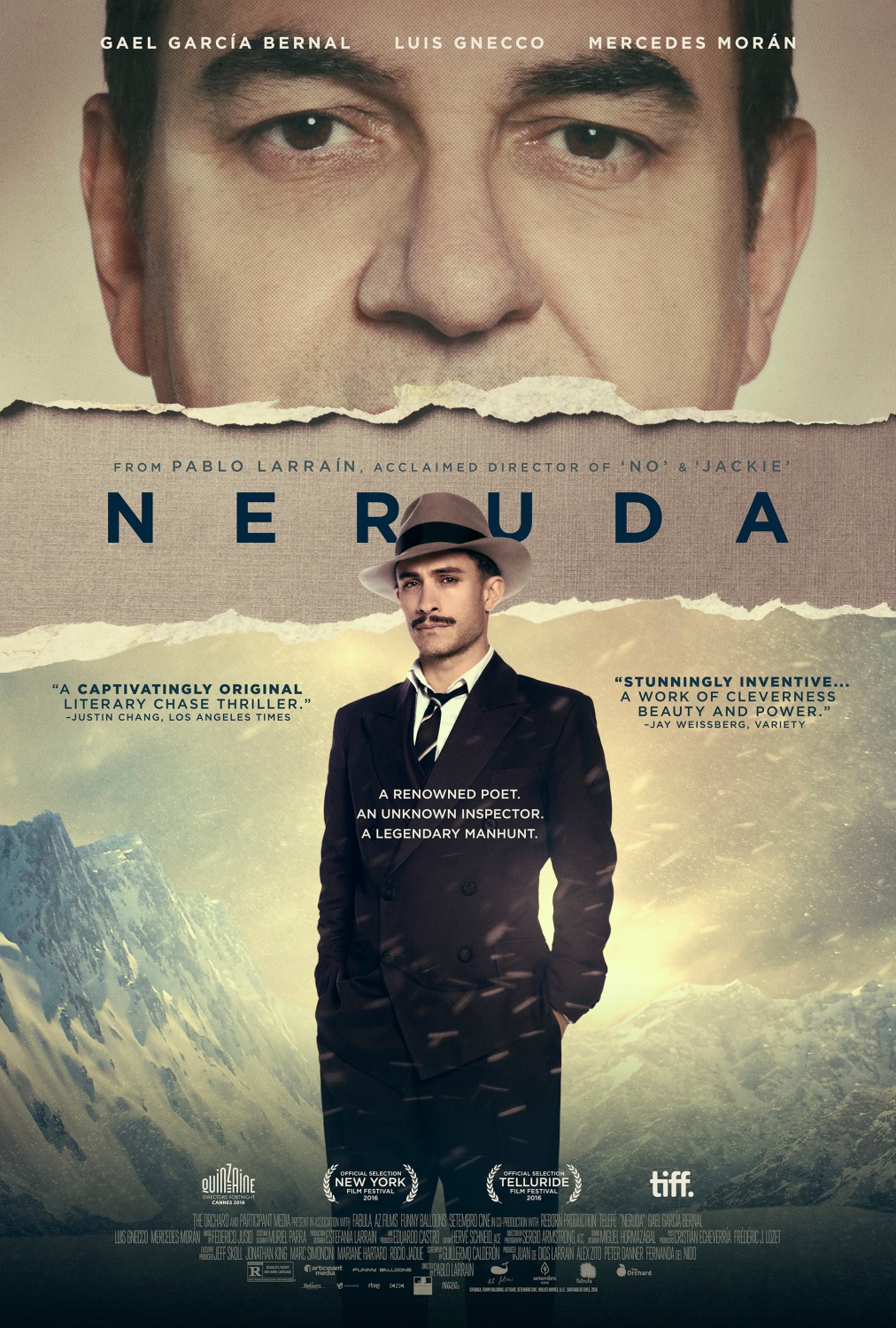 Gael García Bernal joins award winning Chilean director, Pablo Larraín, in this a noir-infused reimagining of the Nobel Prize-winning poet and politician’s struggle with the state.

It’s 1948 and the Cold War has reached Chile. In congress, Senator Pablo Neruda accuses the government of betraying the Communist Party and is swiftly impeached by President Gonzalez Videla. Police Prefect Oscar Peluchonneau is assigned to arrest the poet. Neruda tries to flee the country with his wife, the painter Delia del Carril, but they are forced into hiding. Inspired by the dramatic events of his new life as a fugitive, Neruda writes his epic collection of poems, “Canto General.”

Meanwhile, in Europe, the legend of the poet hounded by the policeman grows, and artists led by Pablo Picasso clamor for Neruda’s freedom. Neruda, however, sees this struggle with his nemesis Peluchonneau as an opportunity to reinvent himself. He plays with the inspector, leaving clues designed to make their game of cat-and-mouse more dangerous, more intimate. In this story of a persecuted poet and his implacable adversary, Neruda recognizes his own heroic possibilities: a chance to become both a symbol for liberty and a literary legend.