Spanish and Latin American Film Festival: Even the Rain (2011) 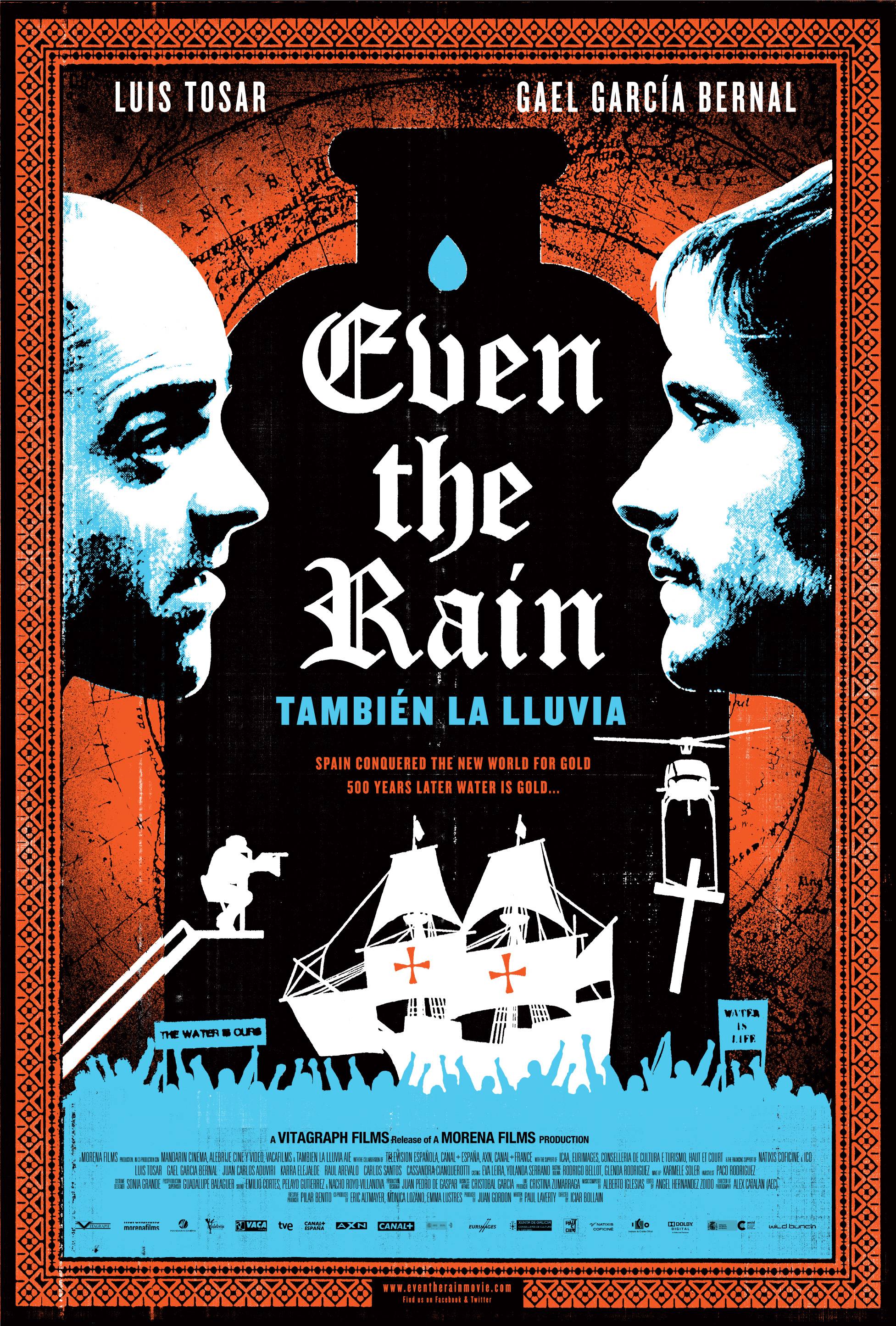 In Even the Rain by Icíar Bollaín, filmmaker Sebastian (Gael García Bernal) and his cynical producer Costa (Luis Tosar) arrive in Cochabamba, Bolivia to make a film about Columbus’s voyage to the New World and the subjugation of the indigenous population. Just as filming begins, the natives face a crisis when the government privatizes the water company and prices skyrocket. Daily protests erupt and the local man cast as a rebellious sixteenth century Taino chief, also becomes a leader in the water hike protests. Bollaín intercuts footage of Sebastian’s film, with recordings of the demonstrations that occurred during the real life “Water Wars” that took place when the Bolivian government privatized the water company in 2000.

In this masterful film-within-a-film which is anchored in the philosophies of historian Howard Zinn, as well as the stories of 16th century priests, Fathers Bartolome de las Casas and Antonio Montesinos, Bollaín raises questions about exploitation in South America, blurring the lines between past and present, fiction and reality. With an airtight script by Paul Laverty (long-time Ken Loach collaborator) and stellar performances from cast Luis Tosar, Gael García Bernal, Carlos Adurivi and Karra Elejalde, Even the Rain is Spain’s submission for the 2011 Academy® Awards.