Modern Classics? Think works by Harper Lee, Ray Bradbury, Alice Munro - and so many more! Join us for discussions about titles, of all genres, that have shaped current literature. New members always welcome.
We will discuss Half Blood Blues by Esi Edugyan. 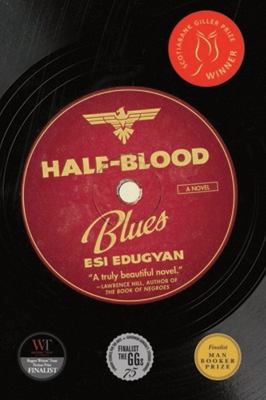 Winner of the 2011 Scotiabank Giller Prize, short-listed for the 2011 Governor General's Award for Fiction Paris, 1940. A brilliant jazz musician, Hiero, is arrested by the Nazis and never heard from again. He is twenty years old. He is a German citizen. And he is black. Fifty years later, his friend and fellow musician, Sid, must relive that unforgettable time, revealing the friendships, love affairs and treacheries that sealed Hiero's fate. From the smoky bars of pre-war Berlin to the salons of Paris - where the legendary Louis Armstrong makes an appearance - Sid, with his distinctive and rhythmic German-American slang, leads the reader through a fascinating world alive with passion, music and the spirit of the resistance. Half-Blood Blues, the second novel by an exceptionally talented young writer, is an entrancing, electric story about jazz, race, love and loyalty, and the sacrifices we ask of ourselves, and demand of others, in the name of art.