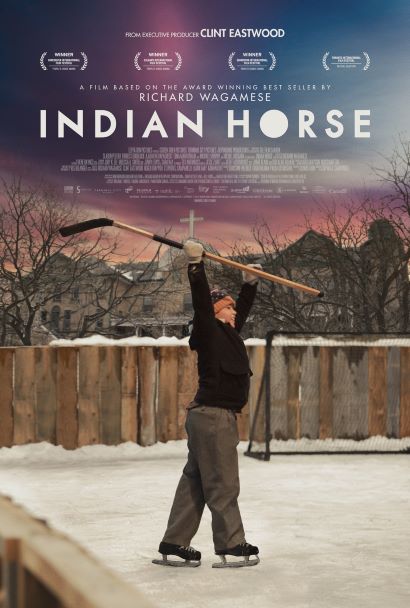 Ontario, late 1950s. Young Native Canadian Saul Indian Horse (Sladen Peltier) is forcibly taken away from his loving Ojibway family at the age of seven and enrolled at a church-run residential school. At the strict and oppressive school, Saul is not allowed to speak his native language and all evidence of his indigenous heritage is removed. He experiences terrible abuse at the hands of the people who are supposed to take care of the children.

In spite of his harsh surroundings, Saul (Forrest Goodluck) develops an affinity for Canada's favorite sport — hockey. Not only does he secretly learn to play the game, but it quickly becomes clear that he has a rare talent for the sport. His talent is what gets him out of the miserable school and into a Northern Ontario native league, followed by a stint in the pro hockey league. But as an adult, Saul (Ajuawak Kapashesit) can't forget his painful past, which threatens to derail his promising career and future. In order to keep on the right path, Saul draws on the spirit of his ancestors to begin the process of healing.