Read Around the World Book Club (In Person) 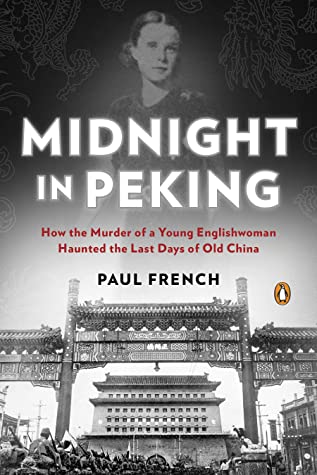 Join me in person to discuss Midnight in Peking.

Each month we will read a book that relates to different countries in a number of different ways – they may be set there, have characters from there, reflect the local culture or are by authors from there.

We will discuss Midnight in Peking : how the murder of a young Englishwoman haunted the last days of old China by Paul French

Peking in 1937 is a heady mix of privilege and scandal, opulence and opium dens, rumors and superstition. The Japanese are encircling the city, and the discovery of Pamela Werner's body sends a shiver through already nervous Peking. Is it the work of a madman? One of the ruthless Japanese soldiers now surrounding the city? Or perhaps the dreaded fox spirits? With the suspect list growing and clues sparse, two detectives—one British and one Chinese—race against the clock to solve the crime before the Japanese invade and Peking as they know it is gone forever. Can they find the killer in time, before the Japanese invade?

Historian and China expert Paul French at last uncovers the truth behind this notorious murder, and offers a rare glimpse of the last days of colonial Peking.