85 Queen: An Evening with Katharine Hayhoe 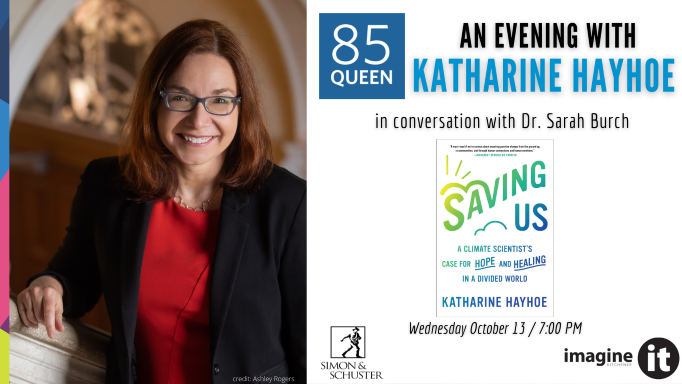 This is a FREE online event - please register here
in conversation with Dr. Sarah Burch
“A must-read if we’re serious about enacting positive change from the ground up, in communities, and through human connections and human emotions.” —Margaret Atwood, TwitterCalled “one of the nation's most effective communicators on climate change” by The New York Times, Katharine Hayhoe knows how to navigate all sides of the conversation on our changing planet. A Canadian climate scientist living in Texas, she negotiates distrust of data, indifference to imminent threats, and resistance to proposed solutions with ease. Over the past fifteen years Hayhoe has found that the most important thing we can do to address climate change is talk about it—and she wants to teach you how. In Saving Us, Hayhoe argues that when it comes to changing hearts and minds, facts are only one part of the equation. We need to find shared values in order to connect our unique identities to collective action. This is not another doomsday narrative about a planet on fire. It is a multilayered look at science, faith, and human psychology, from an icon in her field—recently named chief scientist at The Nature Conservancy. Drawing on interdisciplinary research and personal stories, Hayhoe shows that small conversations can have astonishing results. Saving Us leaves us with the tools to open a dialogue with your loved ones about how we all can play a role in pushing forward for change.
Author:
Katharine Hayhoe is a climate scientist and chief scientist for The Nature Conservancy. She is also the Endowed Professor in Public Policy and Public Law and Paul W. Horn Distinguished Professor at Texas Tech University. She has been named a United Nations Champion of the Earth and one of Time ’s 100 Most Influential People, and serves as the climate ambassador for the World Evangelical Alliance. Katharine was a lead author for the U.S. Second, Third, and Fourth National Climate Assessments, hosts the PBS digital series Global Weirding, and has written for The New York Times. Her TED Talk “The Most Important Thing You Can Do to Fight Climate Change: Talk About It” has been viewed over 5 million times. She has a BSc in physics and astronomy from the University of Toronto and an MS and a PhD in atmospheric science from the University of Illinois at Urbana-Champaign.
Moderator:

Dr. Sarah Burch holds a Canada Research Chair in Sustainability Governance and Innovation, and is an Associate Professor in the Department of Geography and Environmental Management, University of Waterloo, Canada. She is the Executive Director of the the University of Waterloo’s Interdisciplinary Centre on Climate Change, and is currently a Lead Author of the Sixth Assessment Report of the Intergovernmental Panel on Climate Change (winner of the Nobel Peace Prize in 2007). Her research explores transformative responses to climate change at the community scale, innovative strategies for making progress on sustainability, and the unique contributions that small businesses can make to this solving this complex challenge.

Dr. Burch holds a PhD from the University of British Columbia, a postdoctoral fellowship at the University of Oxford and she was elected to the Royal Society of Canada’s College of New Scholars in 2017. Her most recent book, along with co-author Dr. Sara Harris, is entitled ‘Understanding Climate Change: Science, Policy and Practice.’ 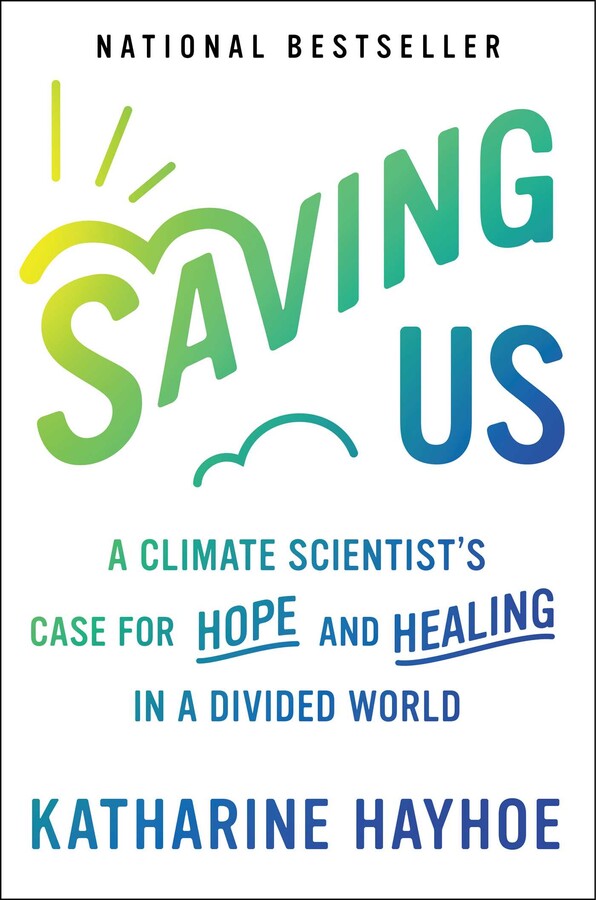