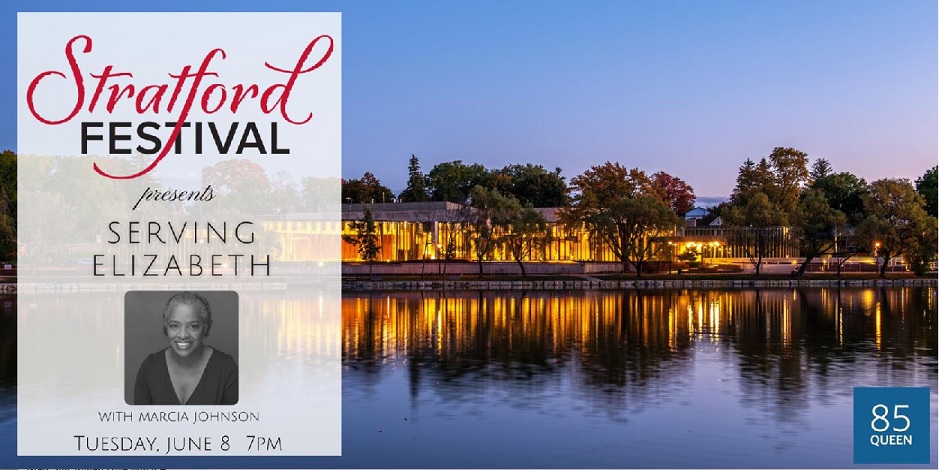 Join Marcia Johnson as she discusses her play, Serving Elizabeth, which will be part of the Stratford Festival’s 2021 season. Serving Elizabeth is a story told over two distinct time periods: 1952 Kenya, when Princess Elizabeth is visiting, and 2015 London, when a production company is preparing to shoot an episode of a popular series that deals with that visit. It highlights the ironies of historical storytelling and helps us better understand the world then and now.

Marcia Johnson is a theatre artist in Toronto. She directed her five-minute Zoom play A Magical Place for the Stratford Festival and National Arts Centre’s National Transformations Project.

Serving Elizabeth, in which she also acted, had its world premiere at Western Canada Theatre (co-produced by Thousand Islands Playhouse) in February 2020. She will reprise her role in the TIP production in October 2021. The play also has different productions scheduled for the Stratford Festival and Belfry Theatre. Serving Elizabeth is published by Scirocco Drama.

Marcia Johnson is a core member of Got Your Back Canada; a juror and dramaturge for Ergo Pink Fest; co-founder of the CASA (Canada/South Africa) mentorship award and a member of the senior advisory board of Women Playwrights International.

Tonight's talk will be hosted by Lois Adamson, the Stratford Festival’s Tim and Frances Price Director of Education, and will culminate in a live Q&A so you can ask your questions.

The Stratford Festival is transforming, for this summer, into an outdoor festival offering a season of six plays and five cabarets reflecting on the theme of Metamorphosis, with performances held under beautiful canopies that will hark back to the Festival’s founding under a tent back in 1953.

For details on the season and how to purchase tickets, visit 2021 Season
Recording notice: This event will be recorded for later viewing on KPL's YouTube Channel. Only the presenters' video and audio feeds are captured.