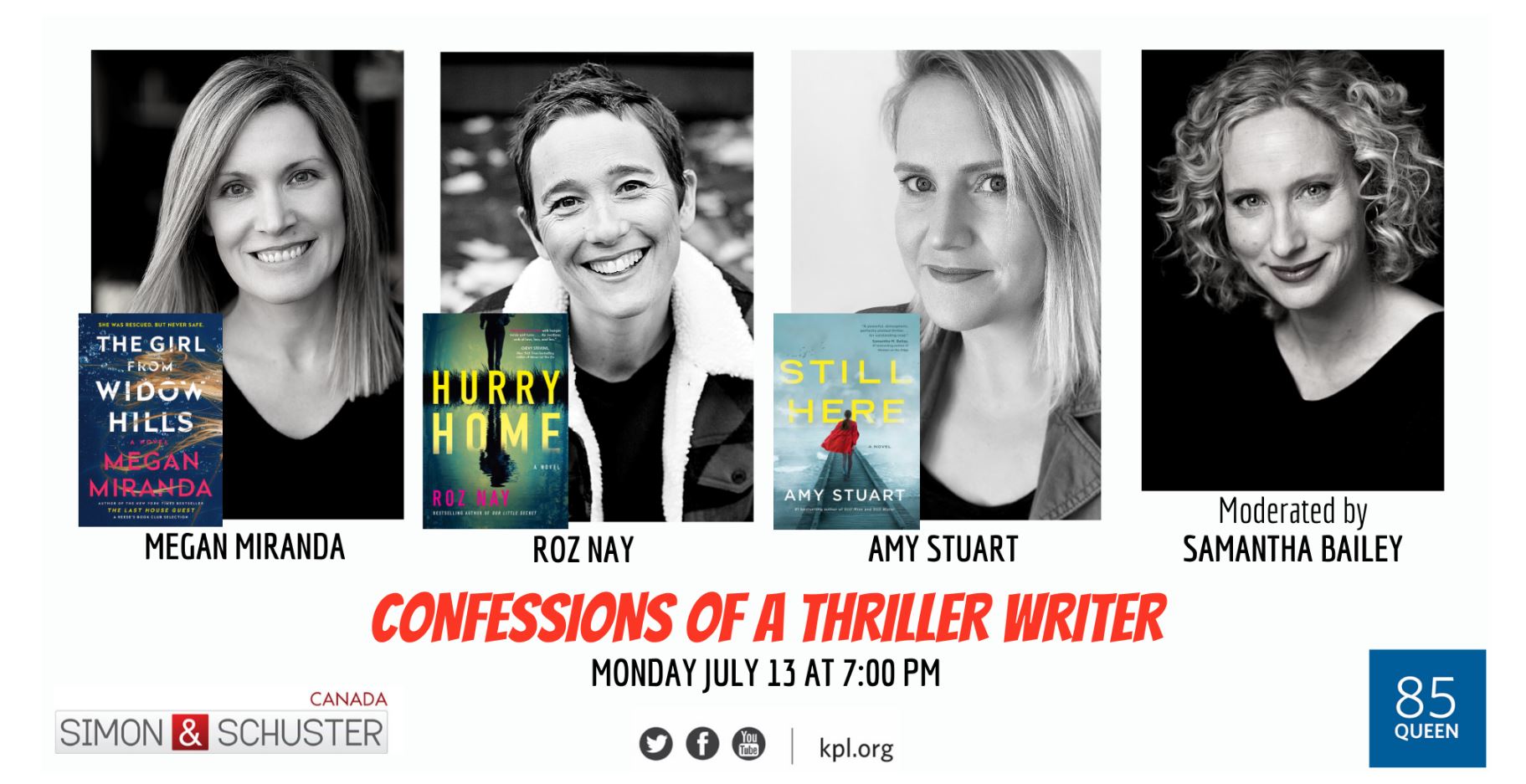 You will receive an email with a link to join the webinar at the scheduled time.

Megan Miranda is the New York Times bestselling author of All the Missing Girls, The Perfect Stranger, and The Last House Guest, a Reese Witherspoon Book Club pick. She has also written several books for young adults, including Come Find Me, Fragments of the Lost, and The Safest Lies. She grew up in New Jersey, graduated from MIT, and lives in North Carolina with her husband and two children. Follow @MeganLMiranda on Twitter and Instagram, or visit MeganMiranda.com.

Roz Nay’s debut novel, Our Little Secret, was a national bestseller, won the Douglas Kennedy Prize for best foreign thriller in France, and was nominated for the Kobo Emerging Writer Prize for Mystery and the Arthur Ellis Best First Novel Award. Roz has lived and worked in Africa, Australia, the US, and the UK. She now lives in British Columbia, Canada, with her husband and two children. Look for her latest thriller, Hurry Home, in stores July 2020. Visit her at RozNay.com or connect with her on Twitter @RozNay1 and Instagram @RozNay.

Amy Stuart is the #1 bestselling author of three novels, Still Mine, Still Water, and Still Here. Shortlisted for the Arthur Ellis Best First Novel Award and winner of the 2011 Writers’ Union of Canada Short Fiction Competition, Amy’s writing has previously appeared in newspapers and magazines across Canada. In 2012, Amy completed her MFA in Creative Writing through the University of British Columbia. She lives in Toronto with her husband and their three sons. Connect with her on her website AmyStuart.ca and on twitter @AmyFStuart.

Samantha Bailey’s debut psychological thriller, Woman on the Edge, is a #1 Toronto Star and Globe and Mail bestseller, received a starred review from Publisher’s Weekly, and was a PW Best Books Pick of the Week. Samantha is a Toronto-based novelist, journalist, and freelance editor. Her work has appeared in Now Magazine, The Village Post, and Oxford University Press, among other publications.